Duncan Laurence has won the 2019 Eurovision Song Contest for the Netherlands with ‘Arcade’. They won a total of 492 points from the 41 expert juries and televote. 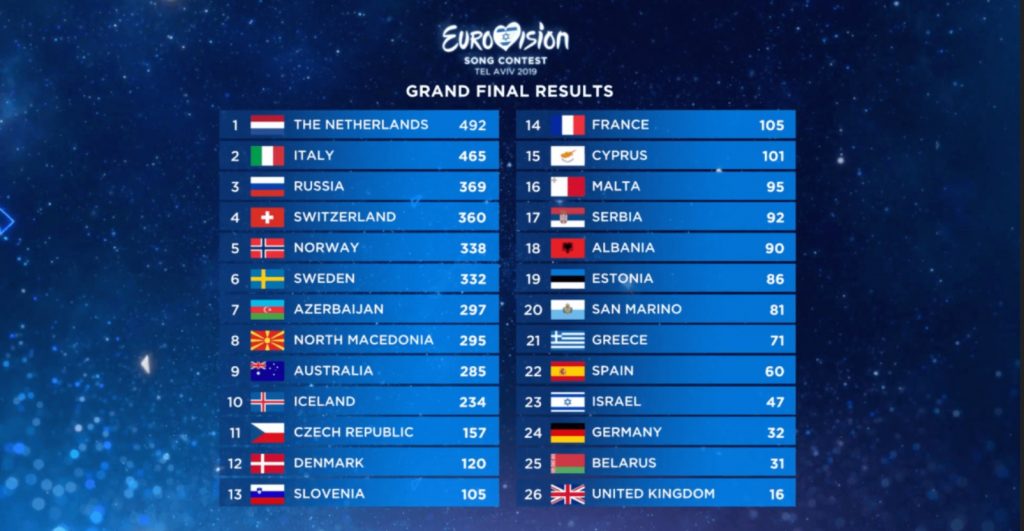 Sweden finished first amongst the 41 national juries with 239 points, just two ahead of North Macedonia. The Netherlands were third with 231 points with Italy in 4th place with 212 points. Scandinavian neighbors Norway won the televote with 291 points, the Netherlands were second with 261 points with Italy in third place with 253, Russia 4th with 244 and Switzerland 5th with 212.

24 year old Duncan Laurence was born in 1994 in Spijkenisse, The Netherlands. He graduated this year from the Rock Academy in Tilburg, The Netherlands. Here he developed himself as a singer, songwriter and music producer. Besides that, he spent a lot of time writing songs in London and Stockholm.

Duncan: “In the past few years many well known artists represented The Netherlands at the Eurovision Song Contest. I’m not well-known, but that’s also a good thing; The Netherlands has a lot of young and talented musicians. My participation proves that nothing is impossible. You can suddenly get the opportunity to represent your country on an international stage. I’m very proud to represent my country… I will give it my all!”

He certainly did give it his all, delivering the Netherlands a first victory at the Eurovision Song Contest since 1975, a 44 year wait that has come to an end tonight.

More to follow about the full split results and semi final results later.