After Duncan Laurence won the Eurovision Song Contest 2019 on behalf of The Netherlands, the contest moved to Rotterdam for the edition of 2020. And after the sad cancelation of that contest, it has been decided that Rotterdam hosts the contest in 2021 instead! In this article you can find more information about the city, the venue, the presenters and every other detail of Eurovision 2021 in The Netherlands.

The venue for Eurovision 2021: Ahoy in Rotterdam

Ahoy has a show venue, famous from the ATP-500 tennis tournament which takes place there. Roger Federer, Novak Djokovic, Andy Murray and Rafael Nadal have all played in this hall. The capacity is slightly over 16.000 people, not that this is very useful information for the 2021 contest. Because whether they will be an audience during the shows, will depend on the current COVID-19 situation in May.

The most impressive feature of Ahoy is the fact that it has congress halls directly next to it in the same building. The EBU could use these halls not only for a press center, but also for delegation spaces & rooms for the crew to work in. For a contest that requires 1,5 meter rules, this is ideal!

When it comes to working at the contest, for crew ánd journalists, Ahoy has a perfect package. It also hosted the Junior Eurovision Song Contest and MTV Europe Awards in the past.

The Eurovision Song Contest 2021 will take place on the 18th and 20th of May (semi-finals) and the Grand Final is scheduled for the 22nd of May 2021. In the rehearsal week of the competition, assuming artists will be in Rotterdam, there is one important Dutch holiday on Hemelvaartsdag (Ascension Day) on the 13th of May. The EBU and Dutch broadcasters AVROTROS & NPO have not yet decided whether or not rehearsals can take place on that day. 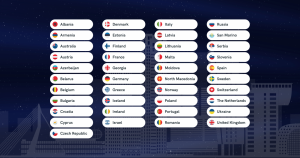 After a short absence, both Ukraine and Bulgaria will return to the Eurovision Song Contest in 2021. They were also on the list for 2020, as there are no changes to the line-up compared to that year. Ukraine is one of the powerhouses in the past two Eurovision decades, winning the contest twice while never failing to qualify for the Grand Final. The bad news, however, is that Armenia, Hungary and Montenegro have withdrawn from the competition. Later on, Belarus was disqualified by the EBU. This means that the total number of participants is one less than in 2019: 39 countries will take part. Of course, Australia is once again one of those countries!

Check out all selected Eurovision 2021 acts and songs

You can find more information about each of the four hosts for this years Eurovision Song Contest below: 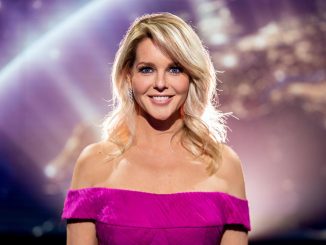 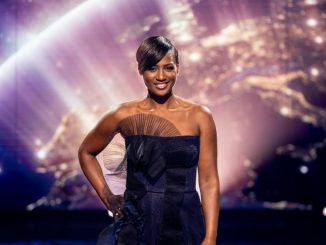 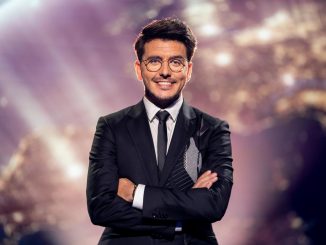 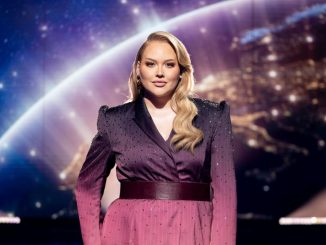 Opening and interval acts for Eurovision 2021

The rooftops of Rotterdam will play a starring role during the interval of the Grand Final of the Eurovision Song Contest on Saturday 22 May.

Young DJ talent Pieter Gabriel will open the Grand Final on the 22nd of May with a spectacular piece of music. Pieter Gabriel is a 16-year-old DJ and producer from the Netherlands. In 2013, at the age of 8, Pieter played in front of a large audience during the Amsterdam Dance Event. Pieter’s music is best described as energetic, with strong kicks and a rock-hard bass. His song will be used during the Flag Parade, opening the final.

The duo of distinguished Dutch artists have worked together on an inspiring showpiece in which Redo relays his life story through dance, as singer Eefje adds musical layers with her infamously bittersweet lyrics and melodies.

‘Open Up’ remains the theme for Eurovision 2021

The slogan for the 2020 edition of Eurovision was ‘Open Up’. This slogan and theme around the contest has remained for 2021 and will act as the creative foundation for the show. Executive Producer of next year’s contest Sietse Bakker has commented on the slogan, saying: ‘The slogan ‘Open Up’ is intentionally incomplete: Open up to each other. To music. To Rotterdam. Open up to… whatever you choose! Feel the freedom to complete the slogan in your own way. That way we get to know each other better’.

Check out some first designs of the Eurovision stage!

Traveling to Rotterdam by airplane or by train

Let’s hope travel restrictions are not in place during the Eurovision Song Contest 2021 and as many people as possible can come to Rotterdam. It is within a 40 minute drive from the main Dutch airport Schiphol. If you travel through Schiphol Airport, it is best to take the train to Rotterdam Centraal. The Schiphol arrival halls are connected directly with the train tracks, which makes this an easy layover.

Rotterdam also has its own airport (Rotterdam/The Hague Airport), which connects it to several other European countries. This is a smaller airport than Schiphol, but it is possible to fly directly to Rotterdam.

If you are traveling to Rotterdam from United Kingdom, Germany, Belgium or France, the train is a good option. There is a very quick Thalys connection between Paris – Brussels – Rotterdam, as well as a Eurostar connection London – Rotterdam. From Berlin, you can take the ICE through Nijmegen and Utrecht.

Rotterdam is the second largest city of The Netherlands. It is famous for its large dock, and for the modern architecture in the city center (with the bridges Erasmusbrug and Willemsbrug, as well as several skyscrapers around the Maas river). Rotterdam is also the home of three professional football clubs, of which Feyenoord is the largest.