This year’s Eurovision Song Contest will be hosted in the Altice Arena in Lisbon. The shows will take place in May; with Semi final one on May 8th, Semi final two on May 10th and the Grand Final on May 12th.

Portugal’s state broadcaster RTP will cover both the hosting logistics and the TV production of the 63rd edition of the show. The city of Lisbon will take care of the festivities for attending delegations, press and fans.

No less than 43 countries will compete in Eurovision 2018. Russia will return to the competition and for the first time since 2011, no country withdrew from the contest. Which also means that Australia joins the competition again!

If you are looking for the latest news when it comes to the Eurovision Song Contest 2018, you are at the right place. How are the preparations for the contest going? Who are the presenters of the contest? And where will the Euroclub be located? Check out the latest news through these most recent news articles about the preparations for Lisbon 2018: 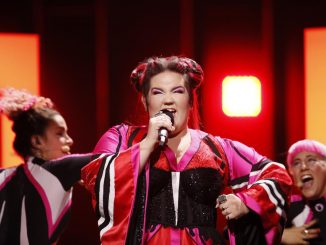 More on Lisbon 2018? Check out our contest-page.

Broadcaster RTP chose four well known Portuguese television personalities and actresses to host the Eurovision Song Contest 2018. Catarina Furtado, Silvia Alberto, Filomena Cautela and Daniela Ruah, have all been confirmed as the presenters of Eurovision 2018. Below you can read more about these four women and what they have done on television thus far:

Winner Salvador Sobral returns to the stage in Lisbon as one of the opening and interval acts. It is a tradition that the winner of the last edition also performs at the contest next year. But due to his heart surgery, this was of course in doubt for Salvador.

Furthermore, Portuguese Fado artists Ana Moura and Mariza will, for the first time ever, perform together. Both acts will share the stage during the opening segment of the show for what is set to be a landmark moment in Portuguese music history.

They will be followed by the classic Eurovision flag parade which will be soundtracked by world champion scratch artists Beatbombers. Completing the Grand Final line-up is DJ Branko who will create an electronic journey of music around the world.

The venue of the liveshows will be the Altice Arena, which was names MEO Arena up to 2017. This multi-purpose arena was built for the Expo ’98 and has a capacity of 20,000 attendees, making it the largest indoor venue in Portugal and among the largest in Europe. Furthermore, it is conveniently located in the heart of the modern Parque das Nações riverside district in the northeast of Lisbon. Metro also connects it to the nearby international airport and by train (Oriente Station) to the rest of the country and Europe.

The Terreiro do Paço will serve as the EuroVillage. On this big square, many Eurovision festivities will take place during the two weeks of the contest. Augusta Street, with the sight of the Triumphal Arch, would host the opening ceremony. The Euroclub will be located in the Ministerium Club, next to the EuroVillage. The Euroclub is a social space for delegations, officials, artists and performers, journalists, and some of the fans. It is a place to party, have fun and unwind after a hard working day.