The outcome of the Eurovision Song Contest is currently decided by 50% jury vote and 50% televote. However, as technology improves, more and more broadcasters have looked towards online voting as a way of replacing the televote.

Online voting is a topic we cover with extreme interest at ESCDaily. A couple of countries are already experimenting with the latest technology in their preselections. And the European Broadcaster Union (EBU) even tried to apply the tools at the Junior Eurovision Song Contest in Tbilisi, in 2017. It did not succeed, because the security system made the JESC voting collapse.

Online voting at the Eurovision Song Contest will decide – part of – the result at the contest, in the very near future. Chief editor Steef van Gorkum already said it. “The Eurovision Song Contest is a leading event, a trendsetter, both in music and in technology. Therefore, online voting is the future. However, there are still many concerns that EBU needs to address.” 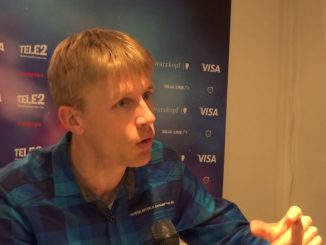 Online voting is the future – but how?

The introduction of televoting at Eurovision

In the late 90’s, the Eurovision Song Contest underwent some huge changes. Organizing broadcaster EBU wanted to engage the audience of the contest even more. From a more elitist, beau tie event, Eurovision had to become an event for every European, and that meant giving people a say in the outcome as well. The winner could no longer only be decided by a panel of jury experts.

With people getting more and more mobile and the improvement of technology, televoting was introduced. It changed the rules of gaining success at the contest, since televoters tend to have a different taste than a jury. Between 1999 and 2008, the outcome of the Eurovision Song Contest was decided by 100% televoting. However, this system, too, had its flaws. Among other things, televoters tended to base their vote fully on the song, while vocal qualities became less important. This was accounted for from 2008 onwards, when the national jury’s were reintroduced and the 50-50 system became the new standard.

Towards an online voting era?

This balance between a jury vote and a vote for the home audience seems to be widely accepted within Europe currently. However, as technology progresses, the question arises whether televoting is still the most suitable system to collect the home audience vote.

Some countries are already experimenting with adding online voting as a tool to pick their Eurovision-act. Or even using it instead of a televote. The Latvian Supernova show used charts from the online streaming service Spotify. San Marino became one of the many nations to hold an internet preselection round, before their actual national final takes place. The Czech Republic used the official Eurovision-app to represent the “televote” in their national final.

Melodifestivalen in Sweden is always one of the first to use new technology in their show. On stage, and off stage. The so-called ‘app vote’ has changed the Swedish preselection. “The app vote has added a small amount of unpredictability into the show,” says the professional gambler Gavin from ESCtips in his preview on the Andra Chansen show of 2017. Though the system is still being changed and finetuned, chances are online voting will be used more and more in the future of Melodifestivalen.

Televoting, old-fashioned by a phone, will probably turn outdated in a couple of years. The new ways of letting yourself be heard on the internet will also be used at the Eurovision Song Contest. This is not something that just ESCDaily believes in – it is also the belief of the EBU. When we asked at the Junior Eurovision Song Contest in Tbilisi if the online voting process was a test for the adult contest, they answerred: Yes, it is.

Check out Dennis van Eersel’s editorial “Does every country really need to have their own televote?“

Read back previous articles about online voting at Eurovision: 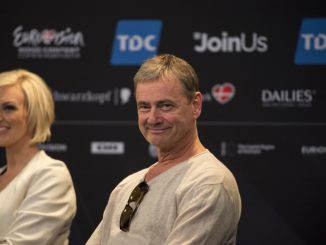 Online voting is the future – but how? 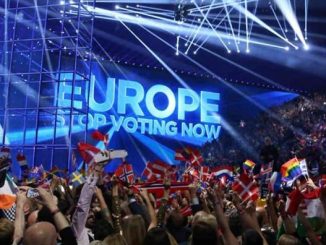 Junior Eurovision: Online voting available prior to the show
Sweden: “Despite criticism, Melodifestivalen should keep this voting system”