Meet the participants of Sanremo 2020 in our preview series, which we have written together with our partner website Eurovision Union, starting with Paolo Jannacci and continuing through to Tosca.

This year marks the 70th edition of the prestigious Sanremo Song Festival in Italy, set to begin on February 4th. The 24 participants of this year’s contest were previously revealed by the Artistic Director, Amadeus and will feature a number of returning artists, as well as newcomers to the contest. Meet the participants in our preview series, starting with Paolo Jannacci and continuing through to Tosca. Catch up on Part 1 of Meet The Participants here, and Part 2 here.

Paolo Jannacci was born in the city of Milan in 1972, and is the son of the well-known singer-songwriter Enzo Jannacci. As an eclectic jazz musician, he is capable to handle many instruments, like piano, accordion and bass. Paolo has been classically trained as a musician at the Giuseppe Verdi Conservatory in Como.

His Sanremo song ‘Voglio parlarti adesso’ will be his first song at the prestigious competition in Italy. Besides making own music, he also composed soundtracks for movies and documentaries. He has also worked on albums for his father, Enzo Jannacci. 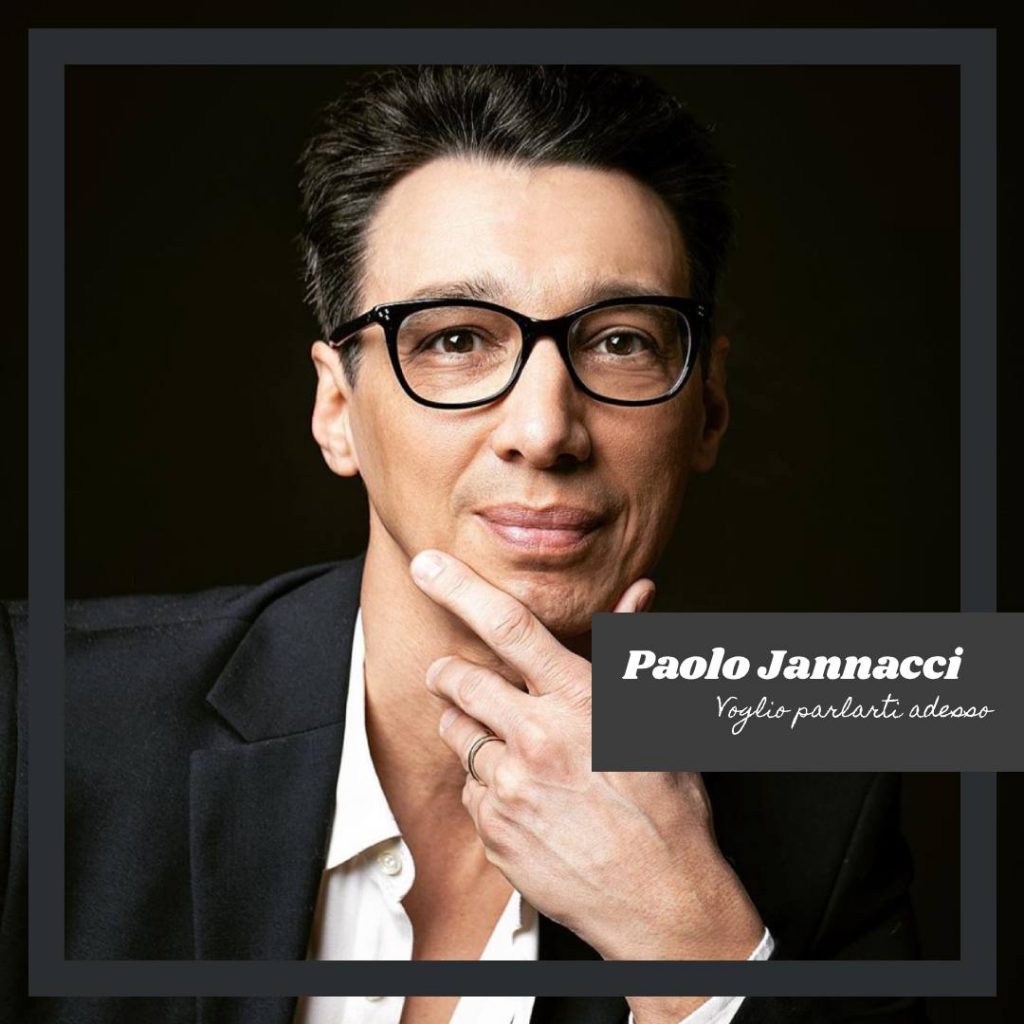 What can we expect from Paolo Jannacci at Sanremo 2020?

Paolo Jannacci may not be seen as a favourite coming into the competition, but when he starts singing, the jazz and emotion come flowing out. Some of his songs might be too ‘niche’ to appeal to a wide audience, but with just the right song, a unique jazz song might just be something that surprises us all.

Piero is a rock singer from Florence, who has been active in the music scene since 1980. He is the co-founder of the rock group, Litfiba, who began their musical journey at the end of 1980. Their music was well received, and the group was considered one of the cornerstones of the Italian New Wave.

The group had some line-up changes throughout the 1990’s, however Piero made his solo debut in 1999. His music often featured political comments through the lyrics of his songs, something that was present in Litfiba’s music as well. After a successful solo career, Piero returned to Litfiba in 2009, and the group toured across Europe. He has since been intermittently working with the group, but also has released solo albums. 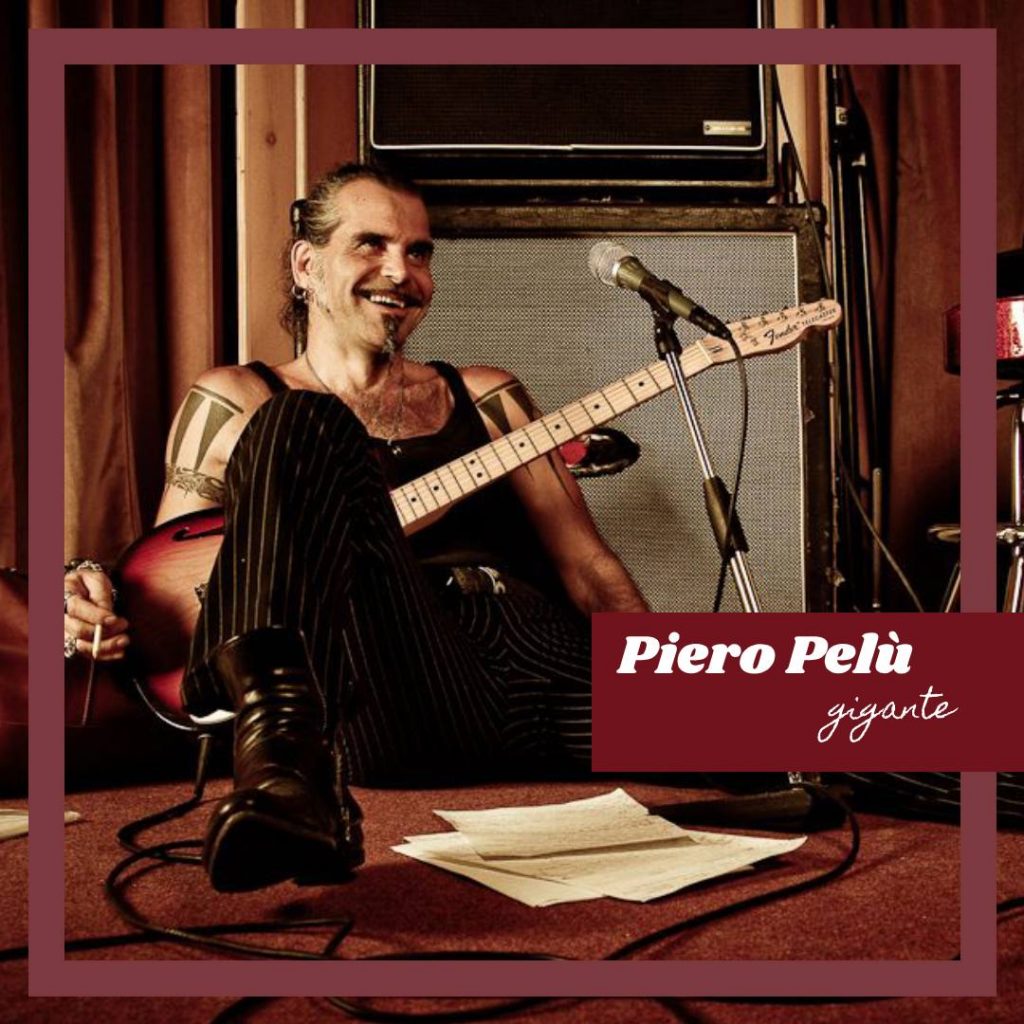 What can we expect from Piero Pelù at Sanremo 2020?

Piero has released music in the pop-rock genre, and may return to the genre for Sanremo, or alternatively we could be seeing something with strong rock roots. It’s also possible that the song will have political undertones. His style might not appeal to everyone, but he could be one of the stronger debutants of Sanremo this year based on his successful career. 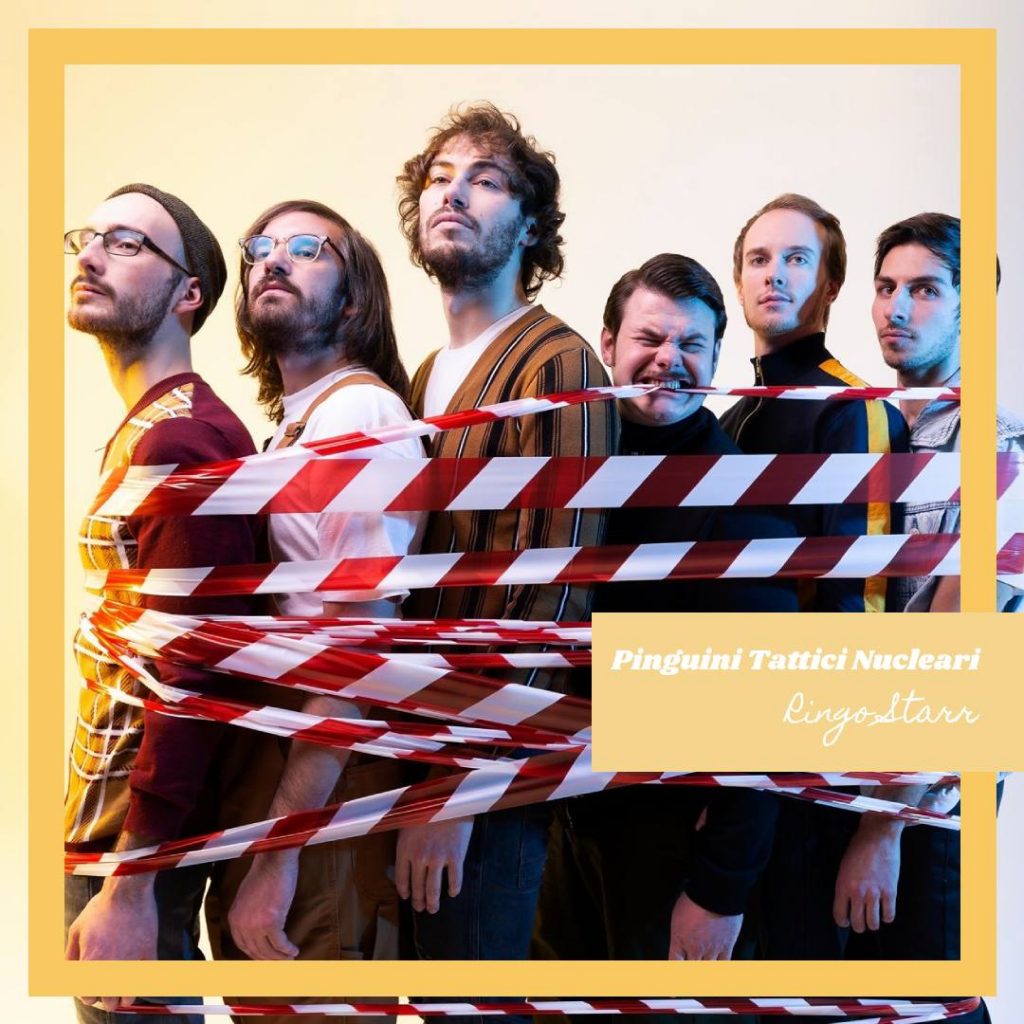 What can we expect from Pinguini Tattici Nucleari at Sanremo 2020?

Based off their previous singles, such as Irene and Verdura, we can expect something lightly sprinkled with rock, but perhaps something with interesting lyrics. The group may deliver something unique and youthful at Sanremo this year, but they are certainly facing tough competition.

Rancore is the stage name for Tarek Iurcich who is an Italian rapper. Unlike many rappers of the current day, Rancore is known for the depth of his lyrics, with critics naming him as one of the best rappers in the Italian hip-hop scene.

His first album was released in 2006 titled Segui Me, followed by Elettrico and Silenzio in 2011 and 2012 respectively. In 2018, he released the album Musica per Bambini. In 2019, he took part in Sanremo but as a duet guest, performing with Daniele Silvestri with the song Argentovivo which won the Critics Prize, Lucio Dalla Press Room Award and the Sergio Bardotti Prize for best lyrics. 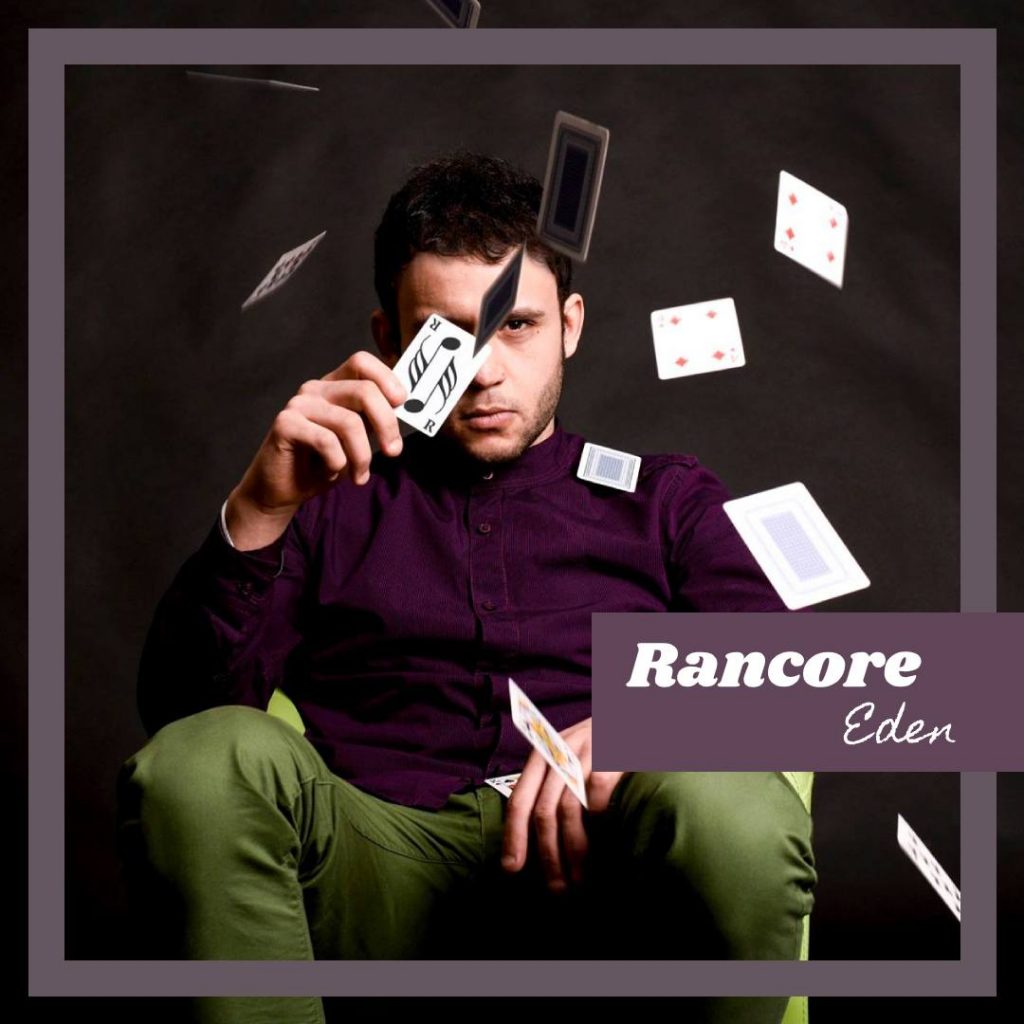 What can we expect from Rancore at Sanremo 2020?

Like the other rappers in this year’s line-up, his music is not likely to appeal to everyone. It does however have the potential to be one of the stronger rap entries of the year. Depending on the lyrical content, Rancore could do well, especially if the entry has a strong instrumentation backing him.

Raphael Gualazzi is a familiar face when it comes to Sanremo and Eurovision, having previously won the newcomers section of the Italian competition back in 2011 with the song Follia d’amore. From there, he went on to be the face of the Italian return to Eurovision, and as we know, it was a strong return. The jazz artist performed the language altered version of his song at Eurovision, titled Madness of Love which went on to place 2nd in the Eurovision final.

Raphael Gualazzi’s specialties are jazz, blues and fusion, and that is apparent in his discography. His first album was titled Love Outside the Window which was released in 2005, then at the time of his Sanremo success, his album Reality and Fantasy was released. In 2013, his third studio album Happy Mistake was released which coincided with his next Sanremo performance, where he competed with the entries Senza Ritegno and Sai (Ci Basta un Sogno). His most recent album was Love Life Peace, however he is set to release a new album on the 7th of February titled Ho Un Piano. 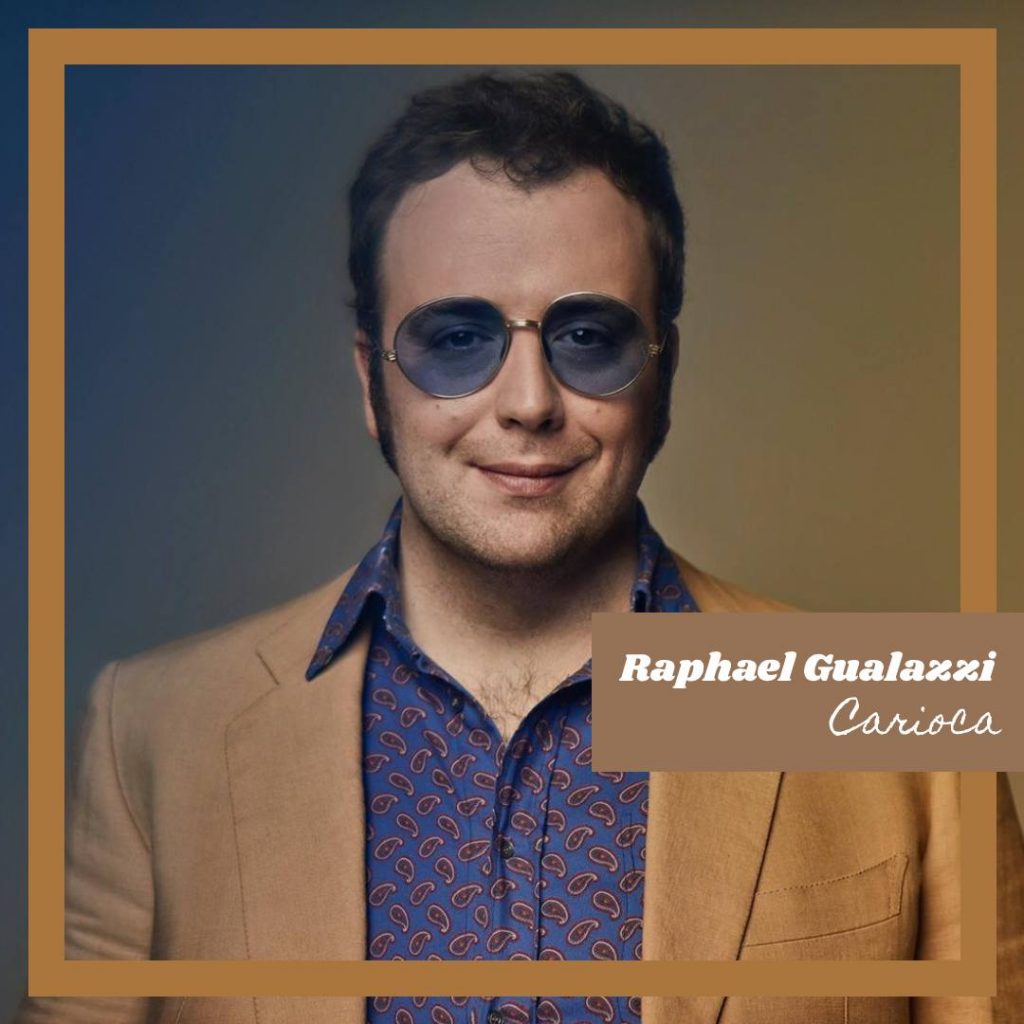 What can we expect from Raphael Gualazzi at Sanremo 2020?

Based off the title of his Sanremo song, which is Carioca, I think we can expect something in the jazz fusion style. I suspect there will be some latin undertones to the song, and I think it will blend well with his overall style. He faces some tough competition this year, but Raphael is an artist that is loved by many across generations. A definite contender.

Riki is the stage name of Riccardo Marcuzzo, who first came to fame (much like many of the other contenders this year) through the show Amici. Riki competed in the 16th edition of the show, where he joined the team of Italian singer Elisa.

In 2017, Riki released his debut EP titled Perdo le Parole, which featured a total of seven tracks. It was a success, with the album remaining at the top of the charts for five consecutive weeks, and achieving double platinum status after just a month and a half after its publication.

In September of 2017, his single Se Parlassero di Noi was released, which would be a part of his first complete album titled Mania. The album was released in October, and has also been certified double platinum. 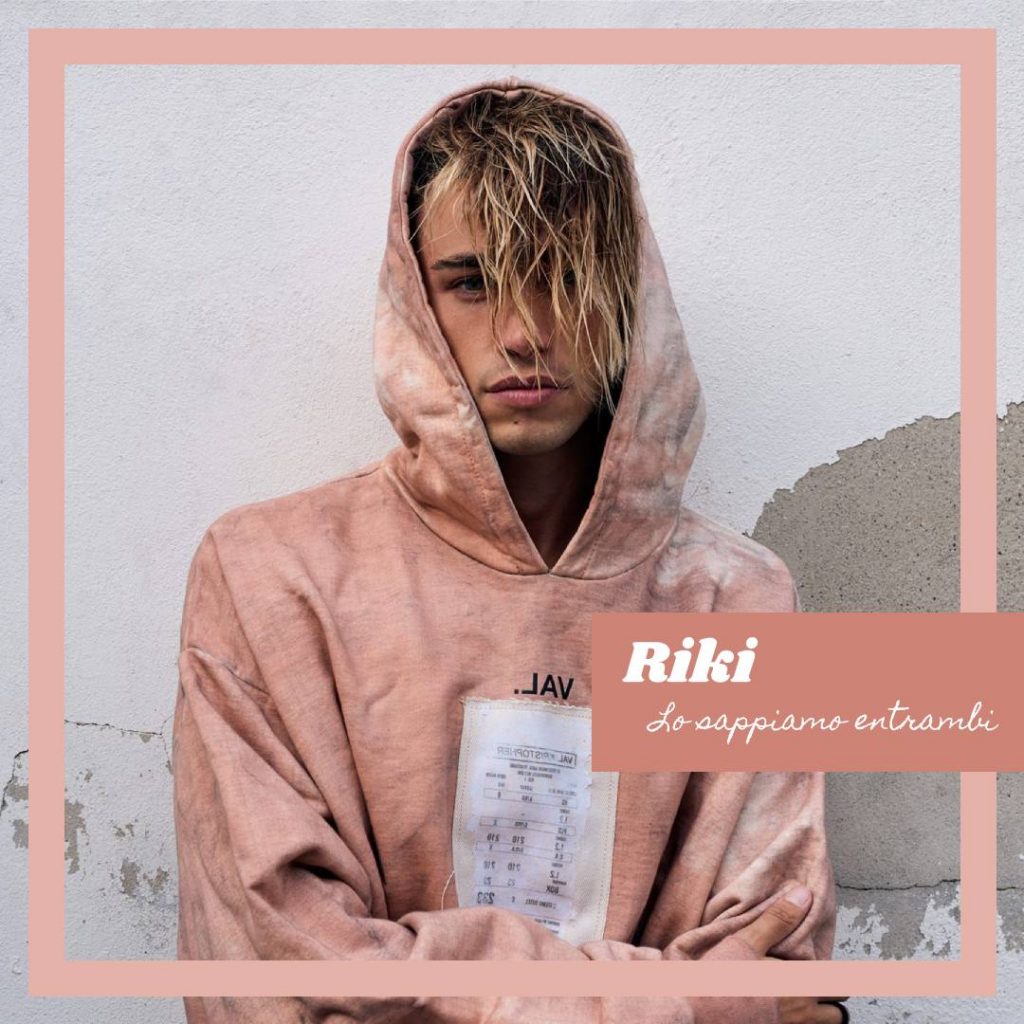 What can we expect from Riki at Sanremo 2020?

The young artist will likely appeal to younger audiences, and whether the entry is a ballad or upbeat style, it will be inoffensive in music and lyrics, and we can’t imagine that he will take many risks with this. With a strong vocal performance, he might impress, but we can’t envision him as a winner at this stage.

Rita Pavone is not a new name in the Italian music scene, having worked in the industry since 1962. By 1963, Rita had achieved success, having sold over one million records within the first few months of the year. Rita also worked in the film industry within the early days of her lengthy career.

Her success was international, and Rita was signed to a number of labels across the world, including the United States where she released music under RCA Victor. She performed a concert in New York at Carnegie Hall, presented by Ed Sullivan. She had also previously featured on the Ed Sullivan Show.

Rita’s reputation took a hit after she married Teddy Reno, a man much older than her. Despite facing bad press for her personal life, she continued with her music career, and in 1969 participated in Sanremo for the first time with the song Zucchero, however finished in 13th place. She participated again in 1970 and 1972, however did not reach the final.

In 2013, she released a studio album 24 years after her previous release, and in 2014 she embarked on a new tour with six concerts. She will return to Sanremo this year, 48 years since her last participation at the Song Festival. 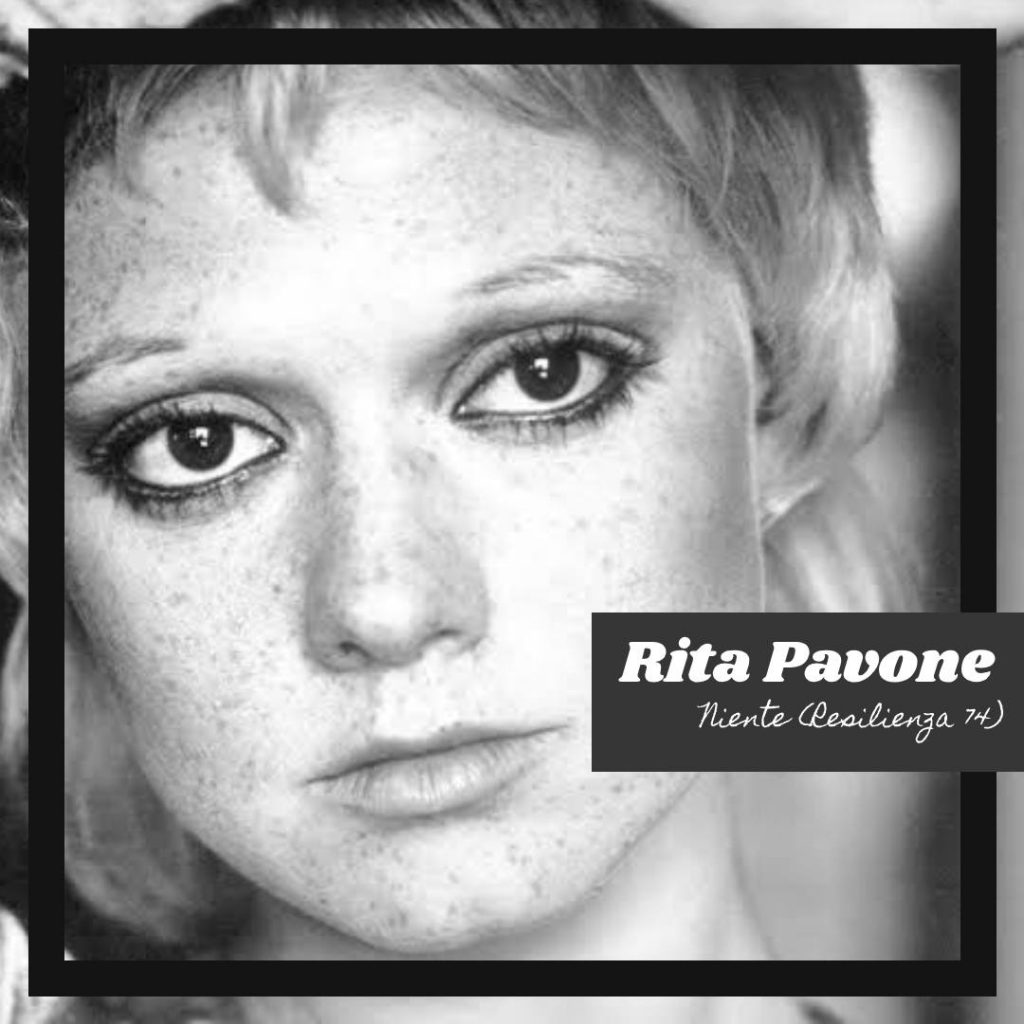 What can we expect from Rita Pavone at Sanremo 2020?

Tosca is the stage name of Tiziana Tosca Donati, who is an Italian singer and actress. Her career began in 1989, however, her first album was released in 1992. At this time, she also participated in the youth category of Sanremo with the song Cosa farà Dio di me. Her next participation at the contest was in 1996 where she competed with a duet with Ron titled Vorrei Incontrati fra cent’anni. She also participated in the following year with the song Nel respiro più grande.

Tosca most recently participated in Sanremo back in 2007, where she competed with the song Il Terzo Fuochista and placed 7th overall. 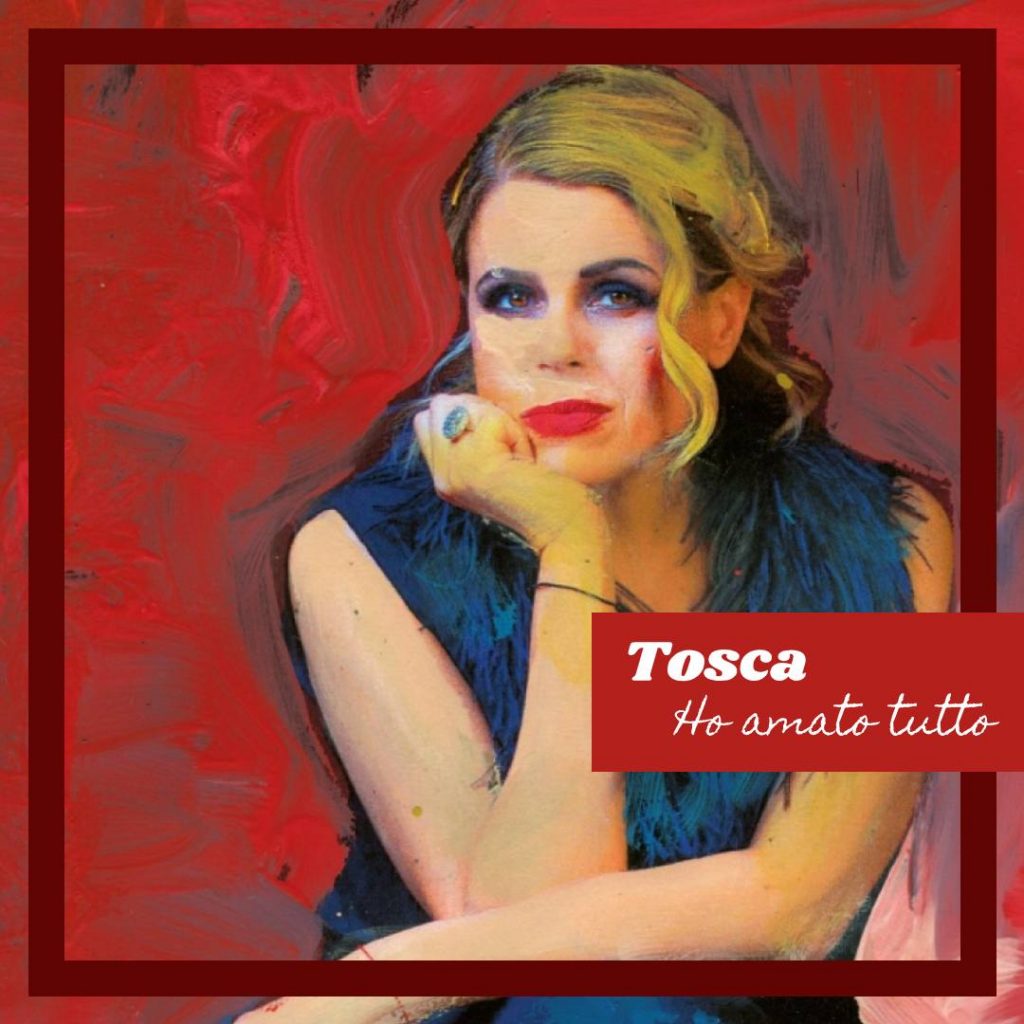 What can we expect from Tosca at Sanremo 2020?

Strong vocals are certain, and a song in a more classical or traditional style would not come as a surprise. She will likely add a contrast against the field of younger artists, especially the rap oriented artists.