While The Netherlands was the overall winner of the Eurovision Song Contest 2019, two other nations won the jury vote and the televote of the Grand Final. Tamara Rodevska from North Macedonia won the jury vote, with 247 points, and KEiiNO from Norway was the televote winner with 291 points.

Great joy for North Macedonia, who never got a top-10 result at Eurovision even before, as they managed to do som with an eight place in total. Originally the nation was second in the jury vote, but due to an error, these original votes were incorrect.

Below you can see the full combined results of Eurovision 2019: 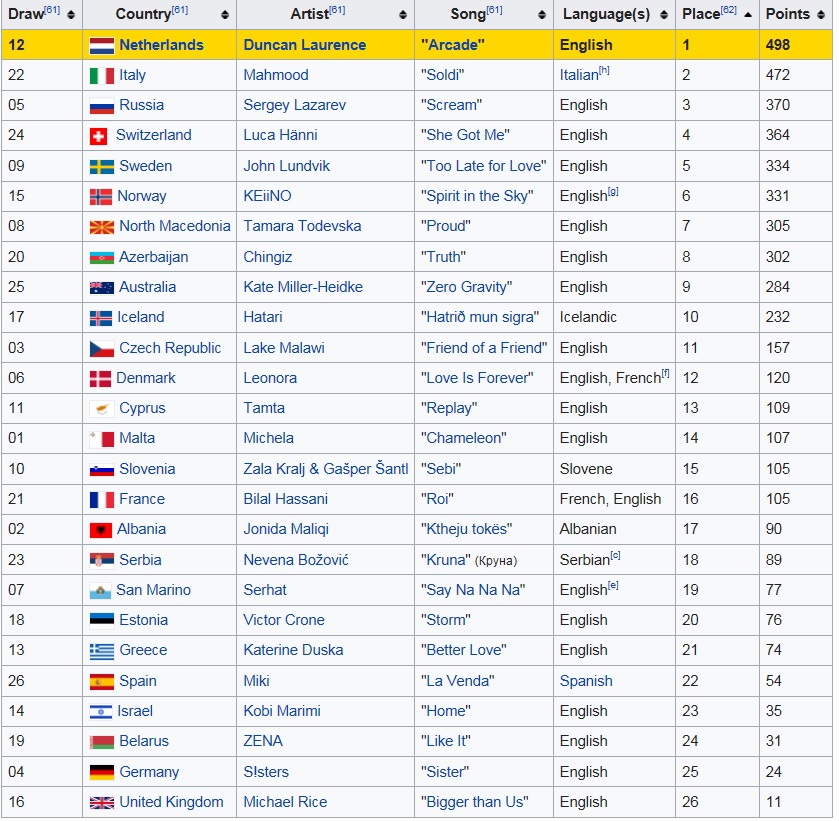 The last time a Eurovision winner was not the winner of the jury or televote, was in 2016. Jamala won with her song ‘1944‘ on behalf of Ukraine, while coming in second place in both ranking.

There were sour grapes for Germany, who got the infamous 0 points from their televote. Israel had the same fate in the corrected jury vote. 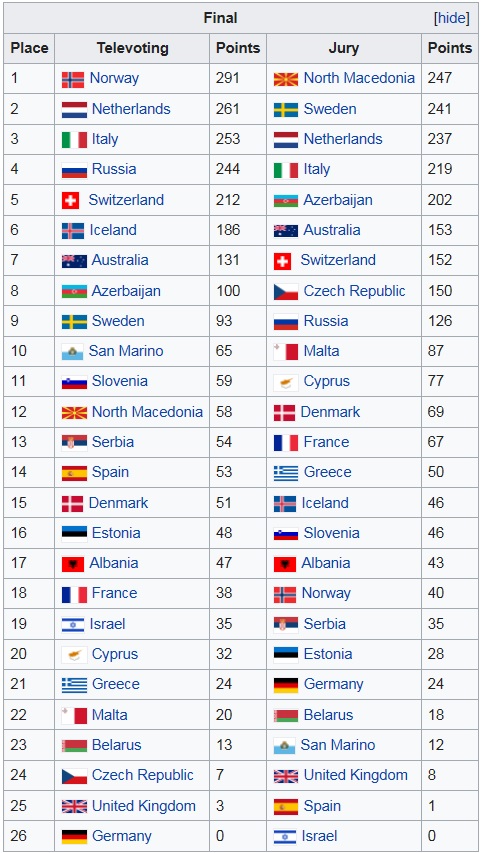