A major part of having success at the Eurovision Song Contest depends on the staging of the song. It is not just a song contest. As Eurovision is a television show, visuals and stage directing are essential.

We covered this topic as a major part of our Key to Success series, in which we analysed the six most important factors to have success at the Eurovision Song Contest.

Preparation is the key for good staging at Eurovision

Over the years, we have had several interviews with successful stage directors at the Eurovision Song Contest. Fokas Evagelinos, the most succesful staging director in the history of the contest, said in an exclusive interview with ESCDaily that preparation is the key to success.

In recent years, Sacha Jean-Baptiste has become another exponent of thorough preparation for Eurovision. Her best result to date is the second place for Bulgaria’s Kristian Kostov in Kiev 2017. Sacha’s preparations for the contest start the moment she gets contacted for the very first time, she told ESCDaily. “When I get approached by a country, I try to read up on an artist. What is his or her interest, what range do they have. If that feels right, I am ready to step in.”

Staging is all about the details

So, you have to start in time to think about your visual presentation, to be well prepared at the Eurovision Song Contest. But whát do you have to think about? “You have to have the overall picture and the storytelling. But at the moment when you really connect with the audience is so precious,” Nicole Refsing explains in the ESCDaily Show. She did the staging concept for Dami Im, who gave Australia a second place in Stockholm 2016.

“You have to look at the camera at the right time. The details are so important when it comes to the finishing touch of staging,” is Refsing’s most important tip.

The history of stage directing at the Eurovision Song Contest

In the early days, the Eurovision Song Contest had a full focus on the songs. With static performances by the artists and the trophy handed out to the composer. Around 1963, we saw a slight change, when there several camera shots, props and more artistic freedom. Examples are the Swiss entry by the famous singer Esther Ofarim and of course the winning entry for Denmark, called ‘Dansevise‘.

As the technology developed in the 70’s and 80’s, delegations got more opportunities to use the stage and it’s effects in their act. By the time we entered the new millennium and a time of televoting, the focus on camerawork and special effects to persuade the viewers to vote had increased even more.

Just performing your song and hope the public will go for that is not enough at the Eurovision Song Contest anymore. Stage directing and camerawork can lift a song to a higher level, like with The Common Linnets in 2014, winner Måns Zelmerlöw in 2015 and Kristian Kostov in 2017.

Read back our articles about the topic Stage Directing at the Eurovision Song Contest: 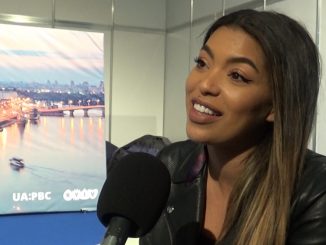 Sacha Jean-Baptiste does the staging for Australia 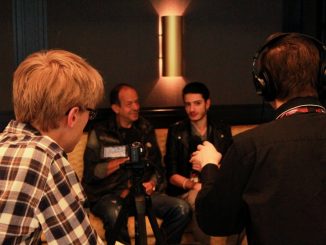