The Mamas will fly the flag for Sweden as the winners of Melodifestivalen after 5 weeks of competition.

In a surprise result, The Mamas beat out the competition from Dotter and previous winners Anna Bergendahl and Robin Bengtsson to claim the prize. The group won with a total of 137 points from both international juries and audience votes.

The final results and points are below. 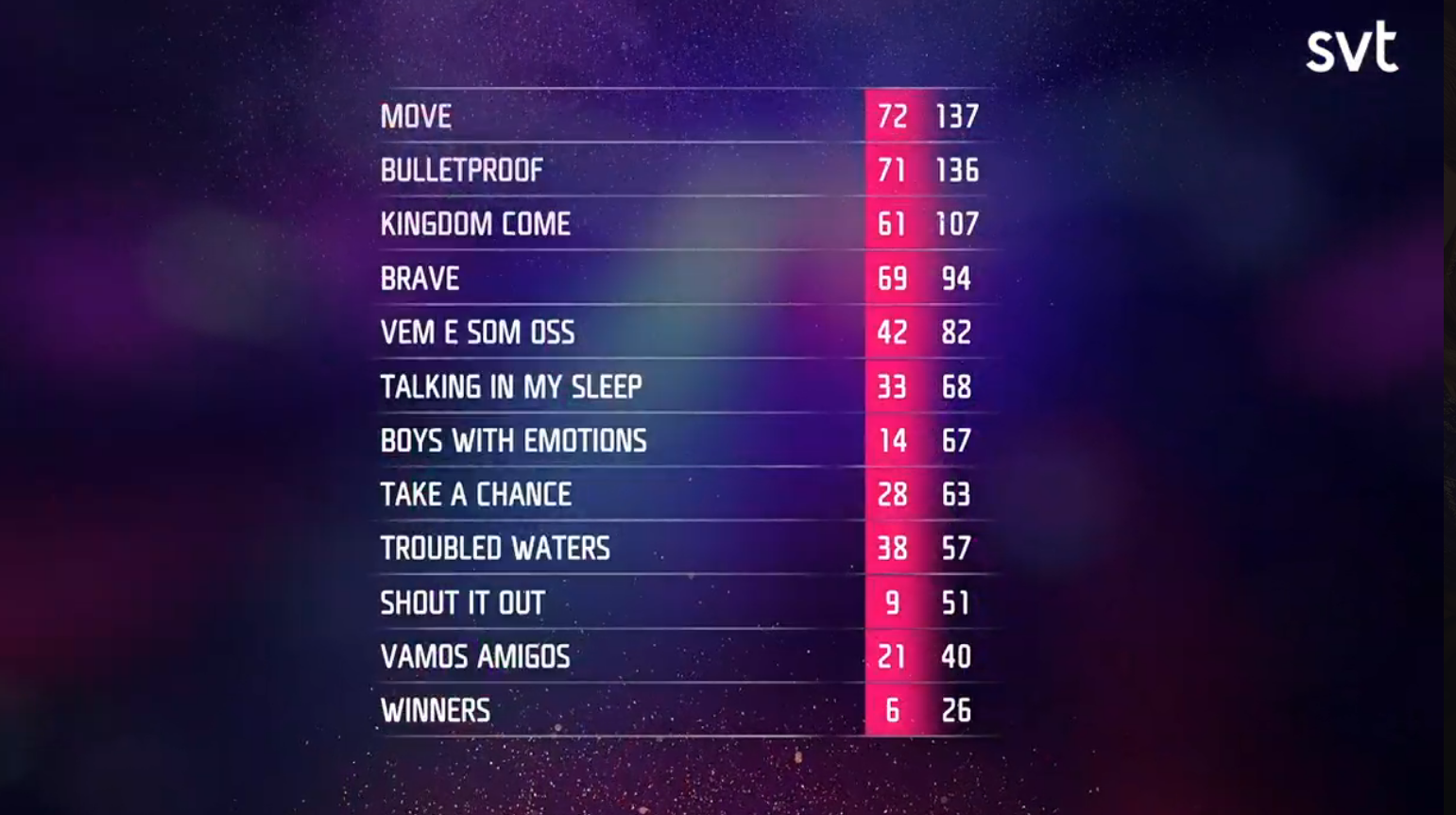 This is the second time The Mamas will take the Eurovision stage. Last year they performed as John Lundvik’s backup singers. As they received their trophy from John he noted this fact by screaming, “Two times! Two times!” The Mamas and John shared a touching and emotional moment onstage before they performed Move once more.

The result comes as a surprise as bookies had predicted Dotter had a 46% chance of winning the competition tonight. But the Swedish audience voted differently that expected.