Every night around 23:00 CET, we summarize the events that occurred in Lisbon. On the fifth day in Portugal, many favourites for victory returned to the stage as the first semi final continued.

In What Happened Today we close off the day with an overview of the most important facts and videos. Have you been working all day? Or you did not have time to follow the rehearsals? Everything you may have missed – you can catch up every night in this article.

Mikolas delivers despite back injury

Mikolas Josef was holding in on his performance, due to his back injury this week. In the last runthrough though, he showed what he is still capable of. Whether the Czechs will do the backflip or not, we will see on Monday for the jury shows.

Netta is dancing more on stage but clearly not giving the full 100% vocally during the second rehearsal. Still, Israel this year is pure fun and as Eurovision as it will get this year. Still topping the list of the bookmakers.

The ESCDaily Show Episode 2 is up

Today we recorded the second episode of our talkshow. In The ESCDaily Show episode 2 we see Maciej Mazanski from Poland and Torbjoern Ek from the Swedish newspaper Aftonbladet. They had a good laugh AND great in-depth discussion with Steef van Gorkum.

‘La Forza’ is strong in Lisbon

What a day it was, with Czech Republic and Israel as topfavourites, joined by Estonia in the first half of the semi as well. This show on Tuesday will be a banger. Elina admits she is a big Eurovision fan and during Eurovision 2002 when Estonia hosted, Elina and her friends would learn all the songs through cassettes. She then answers a question regarding what her back-up plan could of been and she said she wouldn’t have minded being naked! In response to Netta’s tribute to her entry she sang a few lines in opera. 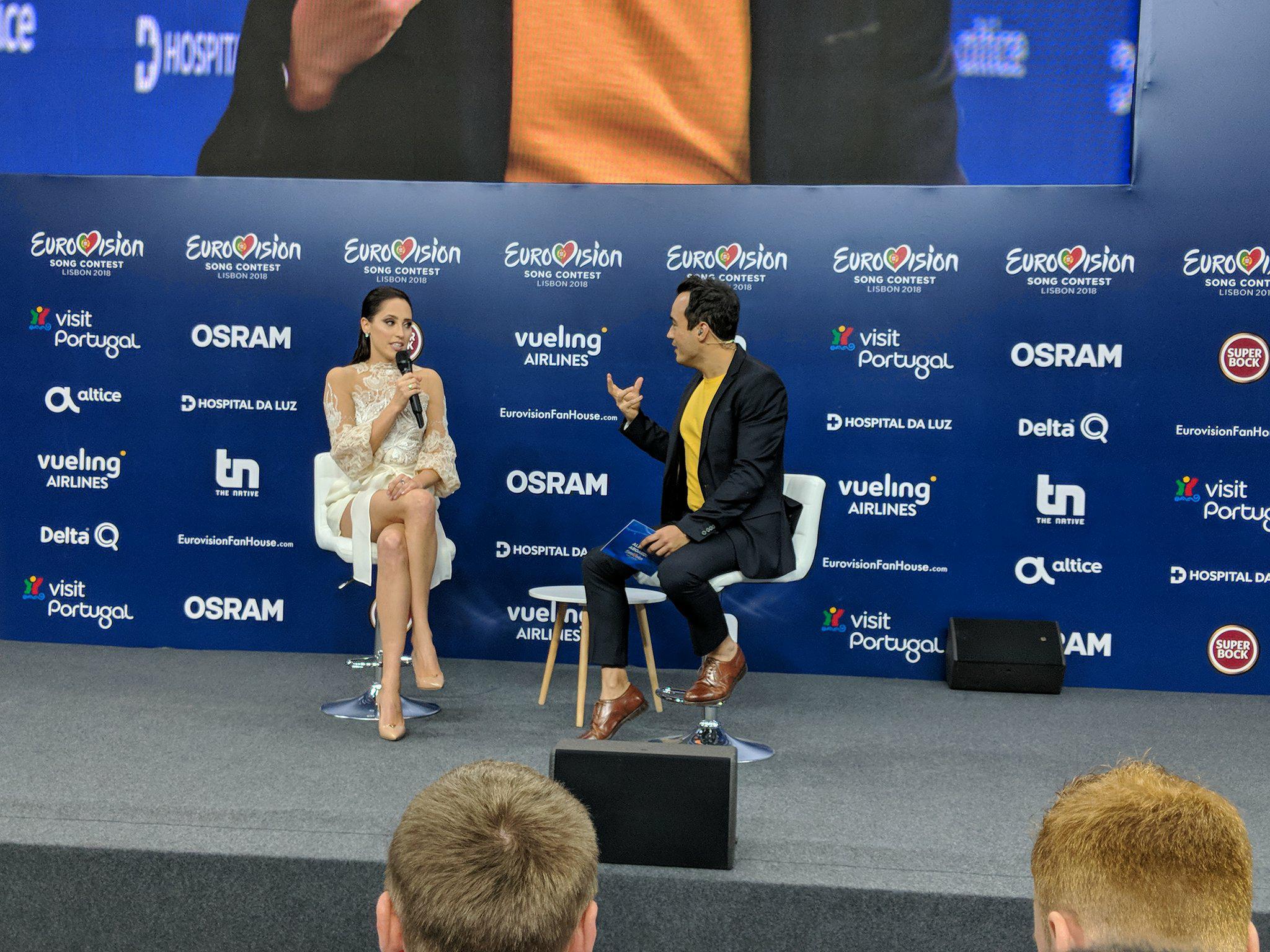